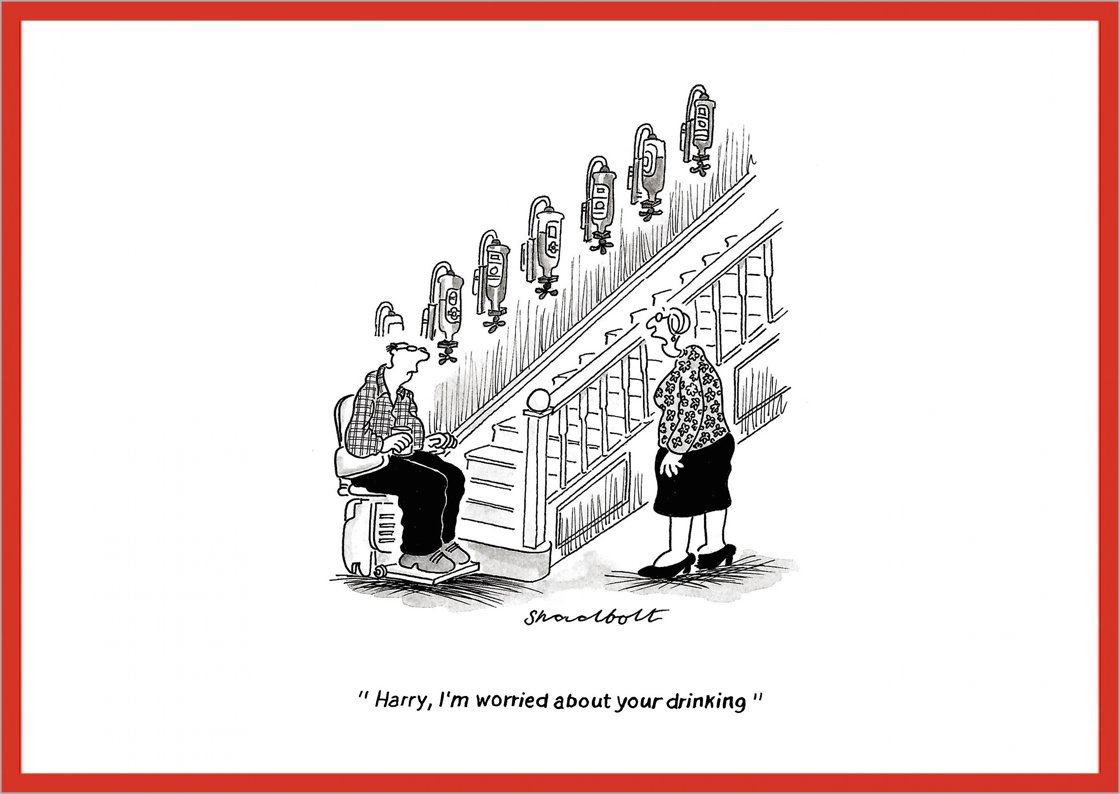 Paul Shadbolt began drawing cartoons of teachers when he was at school which usually landed him in serious trouble.

Undeterred and probably encouraged by these experiences, Paul continued to draw cartoons during his adult life where his work appeared in newspapers and magazines, including the now defunct Punch, The Oldie and the celebrated satirical magazine, Private Eye.

He has been a regular contributor to Private Eye since 2011 and has also had his cartoons featured in the magazine’s end of year annuals. Paul believes that ‘the ability to laugh at ourselves has become essential in an increasingly bewildering and complex world – but not so important as buying my cards.’ 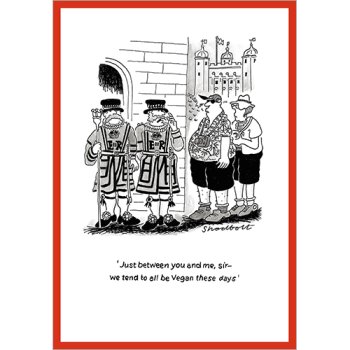 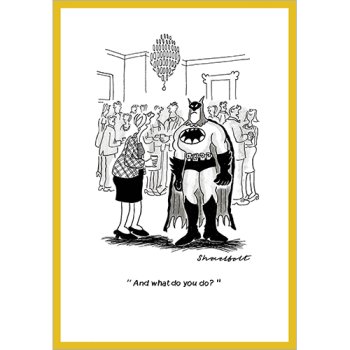 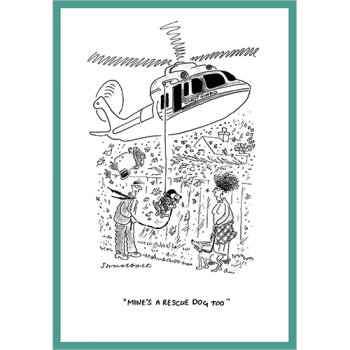 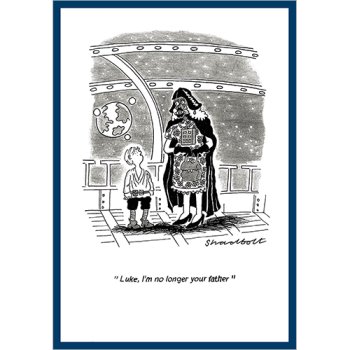